Founded to raise standards in the Construction industry, the Considerate Constructors Scheme encourages best practice beyond statutory requirements. So we were delighted to have been awarded four for some of our stand out projects across the UK!

The annual awards recognises and rewards sites who have raised the bar on the steps taken to be considerate towards the local neighbourhoods in which they work, their workforce and the environment.

Our winning projects are a mix from our newly formed New Homes and Property Services pillars under our refreshed United Living Group brand.

Huge congratulations to all the teams involved with the Broxtowe 2018-2019, Nethercombe House, Pollards Hill Estate Regeneration and Silbury Boulevard projects.  The accolade really does shine a light on our commitment to delivering quality projects and our dedication to our work force and the communities in which we work.

Nethercombe House was a refurbishment project delivered on behalf of the Royal Borough of Greenwich. Works included structural surveys and calculations, installation of Shire Piles, Helifix ties to internal/external walls, as well as the strip-out and reinstatement of services, fixtures and fittings.

The regeneration of the Pollards Hill Estate in Merton was delivered in partnership with Moat to overhaul the area and boost the community, making it a vibrant and contemporary place to live and work. The large scope of works included extensive internal and external improvements to the estate.

Solstice Apartments was the design and build a bespoke, seven-storey block with 139 modern one and two bedroom apartments for private rent along Silbury Boulevard in Milton Keynes. The project, constructed around 15,000 metres of steel frame weighing 767 tonnes, was handed over to Grainger PLC, Britain’s largest PRS landlord, in March 2020.

Mick Holling, Operations Director at United Living North, said: “The fantastic result in Broxtowe has been achieved through close co-operation between the United Living site team, Broxtowe Borough Council and our supply chain partners and I would like to congratulate everyone involved in this project for consistently showing an exceptional level of quality and dedication. The silver award is the fourth CCS accolade that has been presented to the Broxtowe team, following a silver award last year and two bronze previously.”

Roy Balfour, Contracts Manager at United Living, said: “I am exceptionally proud of the team at Pollards Hill for achieving another CCS award. This latest award, which brings the project total to three, reflects the team’s outstanding work on the regeneration of the area which has completely transformed the estate. I would like to give special mention to United Living team members Adrian Vizitiu, Raymond Mills, Caroline Mann and Dee Costello as well as praise the outstanding partnership and collaborative relationship with Moat.” 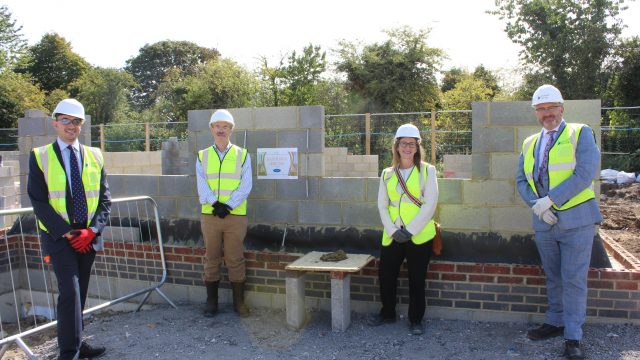 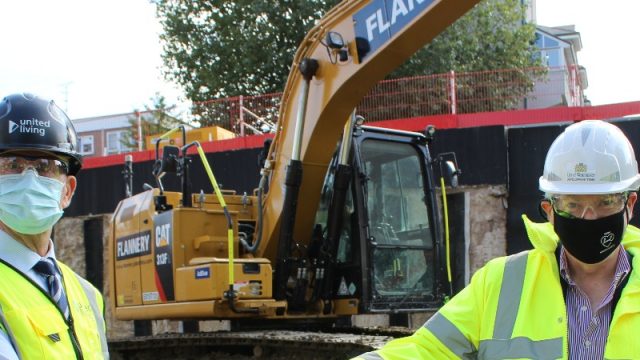